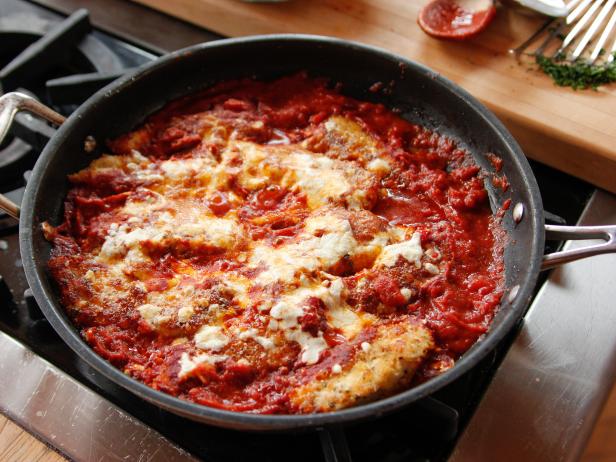 Trade your usual chicken breasts for tenders in this easy recipe and you can have saucy and cheesy chicken Parmesan on the table in 20 minutes. Now that's how you avoid the weeknight dinner rut!

Preheat the broiler to medium. Bring a large pot of water to a boil.

Combine the marinara sauce and balsamic vinegar in a small saucepan and bring to a boil over high heat. Reduce the heat and simmer for 5 minutes.

Add the pasta to the boiling water and cook according to the package instructions.

Heat the oil in a large ovenproof nonstick skillet over medium-high heat. Add the chicken and cook, turning once, until golden, about 3 minutes per side. Pour the tomato sauce over the chicken, scatter the mozzarella and remaining Parmesan evenly over top and broil until the cheese is melted and bubbly, about 2 minutes.

Drain the pasta. Serve with the chicken and garnish with the remaining parsley.