Exploding Schnitzel and Other Kitchen Blunders

Back in my freshman year of college I took a German class and at some point in the semester, our whole class got together and had a wonderful German meal at our professor's home. We had schnitzel, cabbage, apple strudel, among other traditional German dishes. My dad served a two-year service mission for his church in Munich, Germany, so one time when I went home to visit, I thought it would be a wonderful idea to recreate this meal myself and surprise him. I was so excited! I made the schnitzel and while it was baking in the oven, I whipped up the cooked cabbage on the stove, and began making the apple strudel next to it on the counter. Once the schnitzel was done, I took it out of the oven and set it on the stove like usual. The mistake was that I put it right on top of the hot burner that I just took the cooked cabbage off of. What happened next was nuts! For reasons unbeknownst to me at the time, the Pyrex dish I cooked the schnitzel in suddenly BLEW UP and glass was flying everywhere! I threw my arms around my face to protect myself and RAN as fast as I could out of the kitchen! Once I knew it was done exploding, I went back in to inspect the damage. Not only was my schnitzel obviously ruined, but glass got everywhere in my cabbage and apple strudel as well :( Because of all the time this meal took to prepare and cook, and my excitement to make it for my dad, I burst into tears. I have had plenty of kitchen blunders since then, but this story now makes me laugh every time I think about it. So I would like to share a few bad kitchen habits that some of us make to hopefully decrease your chances of something like this happening to you :)

1. Put Pyrex Dishes Under the Broiler

Pyrex pans are great for making casseroles, but use a metal pan if your recipe requires broiling-even for a short amount of time. Pyrex pans are not designed to withstand the heat from a broiler. If they get too hot, they shatter, and you'll have to start the recipe from scratch and have a big mess to clean up in your oven. (Or in my case, don't put your Pyrex dish straight from the oven onto the hot stove unit. Yikes!)

2. Heating Oil Until It Smokes

Most recipes start with heating oil in a pan. It usually takes a little time for the stove to warm up, so we pour the oil and then turn our backs on the pan to do something else while it heats. Before you know it, you see wisps of smoke, which means the pan is hot and ready for cooking, right? Wrong! Not only do many oils taste bad once they have been heated to or past their smoke point, but when oils are heated to their smoke point or reheated repeatedly, they start to break down, destroying the oil's beneficial antioxidants and forming harmful compounds. You can safely and healthfully cook with any oil by not ­heating it until it's smoking-to get your oil hot enough to cook with, just heat it until it shimmers.

3. Stirring Your Food Too Much

It's tempting to stir your food constantly to prevent burning, but stirring too much can be a bad thing. It prevents browning-a flavor booster you get by letting your food sit on a hot surface-and it breaks food apart, making your meal mushy. Resist the urge to stir constantly unless the recipe specifically tells you to do so.

Sometimes cooking requires a little patience. It may be faster to fill your pan to the brim with ingredients, but doing that can actually slow cooking and give you a big pile of mush at the end. If you want to sauté, filling your pan too full will cause your food to steam and not give you the crispy results you are looking for. The same goes for cooking meat. Shoving too much meat in the pan lowers the temperature of the pan too quickly, which can cause sticking and a whole host of other problems. Your best bet is to cook in batches. The extra time you put into it will make your meal much better.

5. You Rinse Meat Before Cooking

Rinsing meat off in your sink may get rid of the slime factor, but it contaminates your sink with bacteria that could potentially cause foodborne illness. Pat your meat with a paper towel instead to remove any unwanted residue.

Turn down the heat when using nonstick pans. High temperatures can cause the nonstick lining to release PFCs (perfluorocarbons) in the form of fumes. PFCs are linked to liver damage and developmental problems. Check with your pan manufacturer to see what temperatures they recommend.

You only have to blend hot liquids and have them explode all over you and your kitchen once, because the aftermath is fairly memorable. Most blenders come with a removable stopper on the top. If you've ever been assaulted by hot liquids from your blender, it's probably because you didn't remove the stopper before you blended. Steam from the hot liquid creates pressure that literally blasts off the lid if the stopper is in place. To ease the pressure, remove the stopper and cover the hole with a folded towel to prevent a mess before blending.

When you're making batter for baking (or anything with large amounts of flour) you want everything to be well combined. And to combine, you mix. But too much mixing isn't good. The mechanical action of the mixing causes gluten to form in the flour, making baked goods tough. So gently mix until the batter is uniform, then put down your mixer.

Have you had any disastrous or messy kitchen blunders due to some bad kitchen habits? Please share in the comments below :) 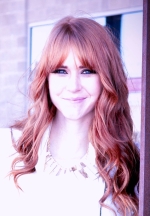