The Origin of Flower Giving: What are you REALLY saying?

Flowers are always fun to give or receive. They can act as gestures of love, friendship or sympathy. But did you know the type of flower you send may be relaying a different message than you'd like? Looks like my thoughtfulness can use an extra boost!

Although flower gifting dates back to the Middle Ages, it was during the Victorian era, this tradition became a world wide phenomenon because of the first language flower dictionary: the Floriography. Because of cultural expectations of proper etiquette and modesty, people often sent flowers as secretive messages of affection. Most messages were positive, but some bundles of flowers could even relay passive-aggressive notions. Mixing certain flowers together could complete the expression of very specific messages. What a beautiful language it has become!

Below is a list of popular flowers, their colors, and their meanings. This list was complied from The Society of American Florists. Take a look!

So, next time you spend money on flowers, put a little more thought into what you're actually saying… you might want to think twice before handing your grandmother a Ivy or your spouse a bundle of lavender. (wink. wink.) Happy May! 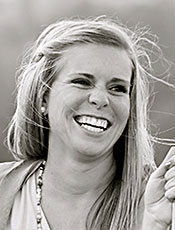