What are Mooncakes and why do people get All Excited For The Mid-Autumn Festival?

Any good holiday has a tasty treat at the center of the celebrations. During the Mid-Autumn Moon Festival, it's all about the mooncakes.

The annual celebration of the harvest -- most widely celebrated by Chinese and Vietnamese people around the world -- occurs each year on the 15th day of the eighth month of the Chinese calendar. This year's celebration falls on Sept. 8 and happens to coincide with a harvest moon and the last "Supermoon" of the season.

"Traditionally, the Mid-Autumn Moon Fest was about reunions and time where families get together," stated by Wei Shang, professor of Chinese Culture at Columbia University , "The symbol of the moon looms larger in the Chinese imagination."

With mooncakes as the most recognizable part of festivities -- which include hanging lanterns, Cassia wine and worship of the moon goddess -- here's what you should know about the celestial sweet. Traditionally, mooncakes are filled with red bean paste, lotus seed paste or salted egg yolk (to symbolize the full moon). The flaky crust is typically made with lard, though modern versions often have "snowy" mooncakes, which are frozen varieties similar to Japanese mochi.

"The moon is supposed to be round," professor Wei Shang explained. "It's a kind of symbol of the union of the families."

Bakers commonly put their insignia atop a mooncake, while other traditional mooncakes often bear images of animals or Chinese symbols for "Longevity" or "Harmony." Some companies, like Starbucks, sell mooncakes with their own logos on the sweets.

With the lard crusts and bean paste and yolk fillings, traditional mooncakes pack as many as 1,000 calories. Newer versions of the treat are easier on the number of egg yolks, come in smaller sizes and have low-fat and low-sugar options with fruit fillings. TheNew York Times notes, Haagen-Dazs has started making an ice cream version of the popular treat.

Not everyone goes for the flavor mix found in traditional mooncakes. Some Chinese bakeries are making modern versions of the mooncake with mochi-like flavors or chocolate and banana combinations. Godiva, meanwhile, is skipping traditional flavors altogether and crafting mooncake-inspired chocolates.

Much like fruitcake at Christmas, mooncakes are popular to give as gifts. In this photo above, people look at an 185-pound mooncake in Nanning, Guangxi Zhuang Autonomous Region of China.

As I side note, my son Matthew served a two year mission for our church in Hong Kong and this holiday celebration is one he shared with us and it is one our family still enjoys. Last night we all went out for Chinese food and requested the traditional mooncake for dessert. Yum!! 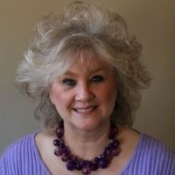