We provide nutrition information for each recipe that includes calories, fat, cholesterol, sodium, carbohydrate, fiber and protein. Individual food choices can be based on this information. The recommended intake for a daily diet of 2,000 calories as set by the Food and Drug Administration.

Ingredients Used in Recipe Testing and Nutrition Calculations
Ingredients used for testing represent those that hte majority of consumes use in their homes: large eggs and 2% milk.
Fat-free, low-fat or low-sodium products were not used, unless otherwise indicated.
Solid vegetable shortening (not butter, margarine, nonstick cooking sprays or vegetable oil spread as they can cause sticking problems) was used to grease pans, unless otherwise indicated.

Equipment Used in Recipe Testing
We use equipment for testing that the majority of consumers use in thier homes. If a specific piece of equipment (such as a wire whisk) is necessary for recipes success, it is listed in the recipe.
Cookware and bakeware without nonstick coatings were used unless otherwise indicated.
No dark-colored, black or insulated bakeware was used.
When a pan is specified in a recipe, a metal pan was used a baking dish or pie plate means ovenproof glass was used.
An electric hand mixer was used for mixing only when mixer speeds are specified in the recipe directions. When a mixer speed is not given, a spoon or fork was used.


Get Cook'n 11 with purchase of LG Oven! 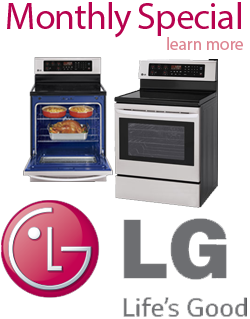 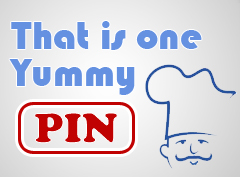