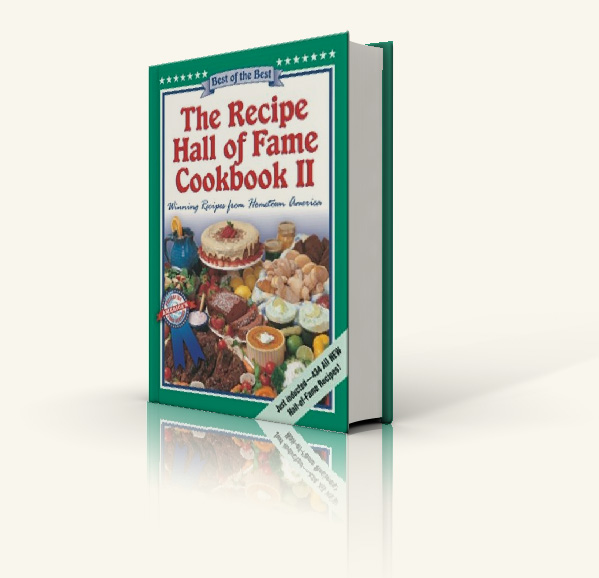 By: Gwen McKee and Barbara Moseley

By: Gwen McKee and Barbara Moseley

Just when you thought it couldn't get any better, editors Gwen McKee and Barbara Moseley have done it again! Only in the Recipe Hall of Fame can you find tried-and-true, All-American recipes like these! Every recipe gets two thumbs up!

The Recipe Hall of Fame Cookbook II brings you more of the family favorites you have come to expect . . . Apple Pan Dowdy, Southern Corn Bread Dressing, Strawberry Chocolate Mousse Cake. . . . Each of these newly selected Hall of Fame recipes was chosen from over 14,000 recipes that were already winners in the acclaimed Best of the Best State Cookbook Series. 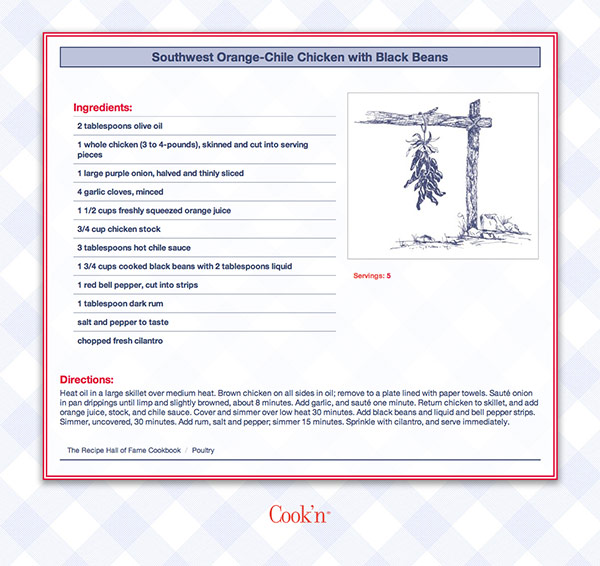 Includes the Hall of Fame Theme 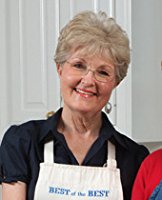 Gwen McKee is a publisher with a mission. As the co-founder (with her husband, Barney) and the editor-in-chief of Quail Ridge Press, she has dedicated the past two decades to preserving America's food heritage. Through Quail Ridge Press, Gwen has now accomplished much of this task by creating the 50-volume Best of the Best State Cookbook Series that includes over 20,000 classic recipes. Today Quail Ridge Press is one of the most successful regional publishers, and certainly one of the most thriving publishing houses owned by a woman.

Gwen's interest in preserving "real" American food came naturally. Like most native Southerners, she was influenced by a family immersed in the traditions of Southern cooking and entertaining. Over a period of many years, Gwen collected recipes that were handed down through her family for traditional holidays and reunions.

Gwen McKee's first venture in publishing came after she and Barney moved to Jackson, Mississippi, when he became Director of the University Press of Mississippi. She was approached by two ladies, Ruth Moorman and Lalla Williams, with a small 80-page manuscript called The Twelve Days of Christmas Cookbook. Risking her family's meager savings, Gwen published the book, which sold out in three weeks. She knew that she had tapped into a market seeking something different. For the next few years, she slowly expanded, publishing four additional theme cookbooks.

Four years later Barney had joined Gwen, and they now had a full-blown publishing company named after the street where they lived, Quail Ridge Drive. They also had a unique idea--a cookbook that celebrated the best recipes from all the best cookbooks in Mississippi. After extensive research throughout the state, and lots of recipe testing, Best of the Best from Mississippi Cookbook was published. Thus Gwen McKee began her quest to preserve the best recipes of America. Now, 28 years later, 48 volumes in the Best of the Best State Cookbook Series are currently in print, each featuring favorite recipes from the leading cookbooks found throughout every state in the country.

In 1997 Quail Ridge Press and Gwen reached an entirely new plateau when the QVC selected Best of the Best from Mississippi Cookbook as the winner of its "Quest for America's Best--QVC's 50 in 50 Tour" contest. The book sold out within two minutes during its first appearance, and remained a favorite that sold out many times afterward in subsequent showings. This initiated a series of QVC presentations in which over 175,000 Best of the Best cookbooks were sold over the next three years.

Gwen McKee is also the editor of Beyond Grits & Gravy and Best of the Best from America Cookbook. She is the author The Little Gumbo Book and The Little New Orleans Cookbook, the latter of which has been translated into French. These two gift cookbooks were a natural progression, as Gwen was born and reared in Baton Rouge, Louisiana. She was educated at Louisiana State University where her major studies and interests were journalism, English, Delta Gamma and Barney.