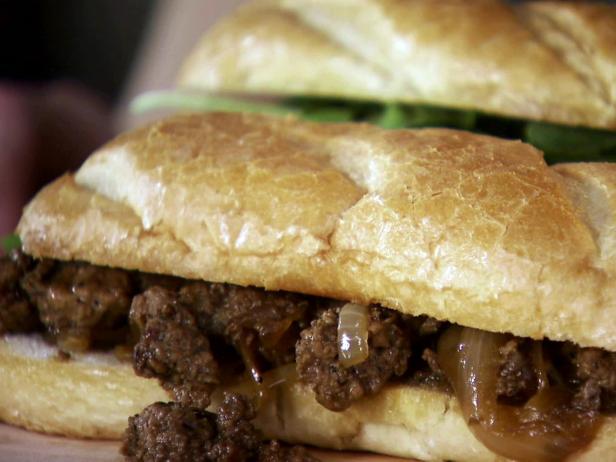 Delicious! It is simple and quick! A weeknight favorite.

DovetailingTips: Use the leftover steak from day 1 in todays sandwich.

Slice the onions and cook in 1/4 stick butter until soft and light brown. Remove and set aside.

Slice the cube steak against the grain. Sprinkle with seasoning salt.

Heat 2 tablespoons butter over high heat (in same skillet) until melted and beginning to brown. Add the meat in a single layer. Cook one side until brown, and then flip and cook until brown, about a minute on both sides.

Butter the halved French rolls and brown in a skillet.

To assemble, lay the bottom half of a French roll on a plate. Place the meat mixture, followed by a spoonful of juice from the pan. Top with other half of roll, cut in half and devour!