When You’re Not Sure Whether To Laugh or Cry

I haven’t been great about making dinner for the past few months with pregnancy and a new baby, but now that we’re starting to adjust, it’s time to get at it again. I truly do enjoy cooking and it’s been awhile since I did a nice meal, so I wanted to pull out all the stops. I’ve never cooked pork loin before, so I decided I’d give it a try. I chose to pair it with homemade mashed potatoes and fresh green beans. It was going to be delicious and tasty and epic….

Well it was certainly epic.

The recipe for the pork said to cook each side on the stove for 1-2 minutes, just enough to give it a nice golden crust. Once the pork was done on the stove, it was supposed to cook in the oven for 20 minutes, then sit for another 10. I covered the pork in it’s delicious honey-orange sauce, and stuck it in the oven, feeling pretty proud of myself. I started boiling the potatoes and washing the green beans. As things were getting a little closer, my baby needed to nurse, but I was able to get the green beans on the stove and turn off the heat on the potatoes- I had things perfectly timed! I figured as soon as he’d finished eating I could do all the last-minute preparations and we’d have an awesome home-cooked dinner I could be proud of.

I pulled the pork out, put in the meat thermometer, and…. It was still way underdone. I figured maybe the cut of pork I had was bigger than the recipe had intended, so I’d leave it in a little longer. Well, 15 minutes later, and it was no where close. In the meantime, my green beans were getting nice and wilted, and my potatoes were just sitting in standing water. I figured I could make up the mashed potatoes and just reheat them in the microwave if needed.

I was either way too distracted or tired or rushed or maybe all 3, because by the time it was all said and done, my pork was pink and nowhere near done, my green beans were as salty as potato chips but as soggy as old french fries, and I had mashed potato soup. My delicious, incredible dinner was a disaster.

Normally, I might have cried and been super upset at the waste of time and ingredients, but honestly- I just couldn’t help but laugh! I mean, I’ve made mashed potatoes so many times, and I just giggled as I lifted up my mixer and saw how soupy my mashed potatoes were. Taking a cue from me, my husband started laughing as well, and we both just cracked up at what a disaster dinner had become. I felt bad because he had to leave for a Boy Scout function, but we just decided he could pick up some food for us on the way home and we’d make it a date night. I fed the kids some chicken nuggets from the freezer, thickened my mashed potatoes, let the pork continue to cook (it ended up getting way over done- so apparently I need to practice cooking pork more often!) and we ended up having an enjoyable evening.

The moral of the story? Sometimes our meal may not turn out the way we’d like, but it’s not the end of the world! It could have been a rough night if I had let myself get upset, but thankfully, I was able to see the funny side of the situation, and I’m sure it will be a meal that my husband and I will remember for many years!

And sometimes, when dinner is past fixing, we just have to throw our hands up in the air, laugh, and order a pizza :).

Have any of you had similar experiences of epic dinner fails? I’d love to hear from you! Share your story with us below! 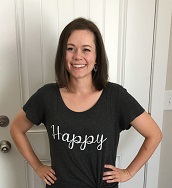