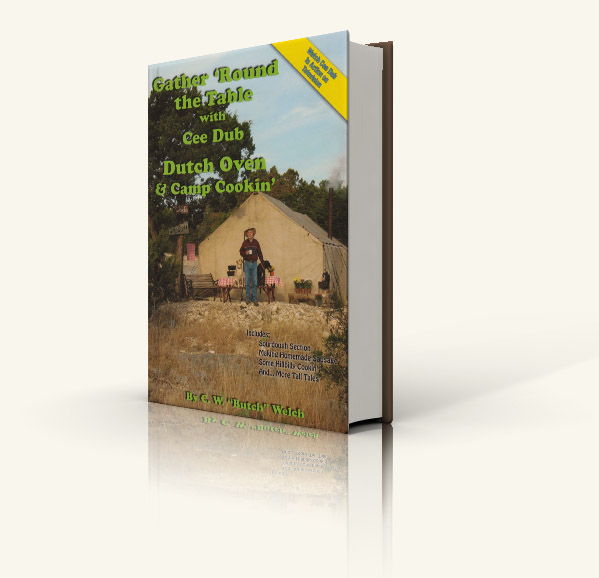 Many say this is his finest cookbook. It includes expanded sections for Sourdough Baking, making Homemade Sausage, Some Hillbilly Cookin' and More Tall Tales. If you have one of Cee Dub's Dutch oven Cookbooks ... you need the rest, and if you have none ... you need all four!

The fourth book in Cee Dub's series of Dutch oven and outdoor cooking cookbooks, Gather 'Round the Table with Cee Dub, takes Dutch oven and camp cooking to new levels. With more recipes than his previous Dutch oven cookbooks, there are sections featuring sourdough bread, sourdough pancakes, making homemade sausage, and hillbilly cookin'. In addition he tells folks how to upsize and downsize recipes for different Dutch ovens.

Along with more new Dutch oven and outdoor cooking recipes this Dutch oven cookbook has sections on making homemade sausage, making sourdough bread and pancakes, and a special section on hillbilly cookin'!

Cee Dub's easy to understand techniques make learning how to Dutch oven cook quick and fun. Sandwiched in between Dutch oven recipes and his "Words of Wisdom" are more great outdoor adventure stories. Cee Dub's unique and entertaining style make this cookbook so much more than just a compilation of Dutch oven recipes. Recipes go far beyond just Dutch oven to include appetizers to desserts.

"Great recipes and great reading. I have several of Cee Dub's books and I enjoy them all. Great tips and stories! Well worth the money...After reading, makes ya want to pack up the ole mule and head for the back woods with your gear and grub." -- tom m-SC

"A good cookbook not only tells the recipe but tells a story. Some of the hardest things to teach are the simple tricks of the trade, Cee Dub does that better than most. This weekend was my 4th Sportsmans show of watching and buying his books, some of the stories are the same each year but I always learn at least one thing. This year was no exception, this book is great and has a updated sourdough section.. My favorite. These may not be the lowest price cookbooks but for the price you really get your moneys worth." -- Getoutside

"My son had this and uses it all the time. The sourdough recipe is great! Lots of good recipes and easy to follow." -Ronda Rice 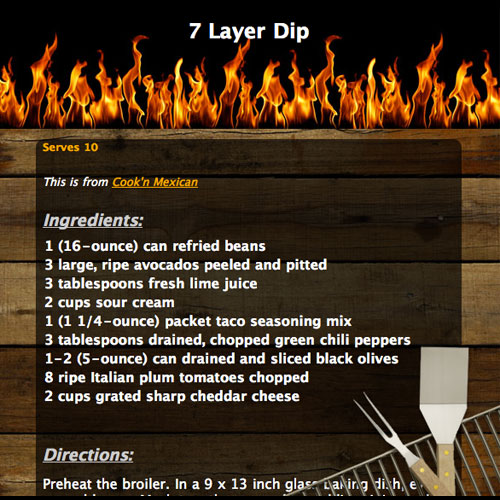